Good morning, friends.  Welcome here to Jericho Ridge’s Sunday morning gathering.  I’m going to invite you to come back in and grab your seats and we’ll continue with our teaching time here this morning as we look into God’s Word.  My name is Brad and I’m part of the teaching and leadership team here at Jericho Ridge.  A special welcome to you if you are new or visiting with us this morning.  This is a great morning to be here because we have a special guest with us today visiting from the continent of Africa.  You’ll get the opportunity to meet her later as we explore the theme of the morning together.  Last week we began a teaching series where we are looking at two of the shortest but more powerful books in the Bible - 2 and 3 John.  And our series is entitled “Watch, Wait, Go”.  Last week, we introduced three of the key concepts, which are rooted in the little signals you see at the crosswalk…  So we’re going to do a pop quiz this morning.  What does the eye stand for?  Watch.  What or how do you watch?  You exercise vigilance.  That means you are attentive to what is going on in the world and asking God what He thinks about it.  Alright, what does the little hand stand for?  Wait.  That’s right.  Because not everything is true and right and lovely so you need to exercise Discernment.  And finally, once you have watched and waited and checked it out, what does the little walking person stand for…  GO.  And you move forward with faith and confidence in God.  Excellent.

Well, as we continue in 2 John this morning, we’re going to look at the theme of Deception.  I want to ask how many of you are summer movie buffs?  What did you see this summer?

For critics and audiences alike, one of the huge box office hits of this past summer was the movie Inception.  I went to see it with my father in law in IMAX (went for the time – got ripped off on the price).  But I digress…  How many of you saw or have heard of this movie?  Well, not to ruin the whole thing for you but I should the next few minutes are something of a spoiler alert for you so if you haven’t seen the movie and don’t want me to ruin it for you, then put your hands over your ears or go for a walk around the track or something.  This movie is similar to the Matrix, if you’ve seen that trilogy, in that it asks the question “how do you know what is true?  What is really real?  If you were confronted with something like a dream that was false but that that was so close to the real world in every way except for one or two elements, how would you know and be able to discern and reject it?

In this movie, DeCaprio’s character Dom Cobb is a thief charged with entering the dreams of individuals and either stealing ideas that are there (corporate espionage) or, in this case, planting an idea there – a practice known as inception.  But once you get into the dream world, you’re in the matrix… you hardly know which way is up or down and what world is a dream world and which world is the real world.

In the film, the only way you know for sure for sure that you are in the true and real world is an object that you carry with you on your person at all times that you and you alone know is true.  This is referred to as a totem.  With DeCaprio’s character, it’s a little weighted top that when he spins it, it will spin for a certain length of time, then topple over and stop.  If it goes on longer than that or spins indefinitely, he knows he’s not in the real world.  This is his guide but even those closest to him begin to loose touch with what is true and begin to craft dream worlds that are false.  They look real in every way except for one critical piece – and in the end, that piece makes the whole thing come unraveled.

The movie prompts the question in your life, how do you know what is true?  How do you know that a given action or a given theory or a given religious system or proposition is true?  You have to have a reference point, an anchor, a totem, as it were, that lets you know this is true and this is not true.  And for Christians, this reference point is the Bible – because it is the revealed truth about God, His character, His work in the world and how He wants us to live.  All of this is laid out with clarity in the Scriptures.

This is our totem.  Because the Scriptures give us a reliable, historical witness about the person and work of Jesus Christ.  That he lived, died for our sins, that he was buried.  You might think ‘well, if I lived closer to when Jesus lived, I’d know for sure.”  I’d be able to test and prove who Jesus is and what He did.  Think again.  Even in the first century, while people who knew Jesus were still alive, false ideas about Jesus were spreading rapidly…  Things that were almost true, but not quite.  And so John, who lived and worked with Jesus and was perhaps the closest person to him when he was physically walking on the earth some 2,000 years ago had to write to counter some of the deception that was being put forward as truth.  People were teaching that that whole thing about Jesus is great, it’s just that, well, we believe everything except that little bit that He came as a human being.  He may have been here, John, but we think he came as a spirit, not a real person.

So John writes the following corrective in 2 John versus 7-13.  I’m reading from the New Living Translation [3 Scripture slides]

Here in 2 John, John says when it comes to Jesus, there is a way you can know that you are not being deceived.  There is a way you can navigate the complexities of propositions out there and ask a simple set of questions to find out What is the truth about Jesus.  In the early formatting of the church, there was significant discussion and deception about who Jesus was and so they gathered from all over the ancient world and agreed about their historical and theological convictions about Jesus.  This has come down to us centuries later as one of the earlier core statements of conviction:

“We believe in one Lord, Jesus Christ,

the only Son of God,

eternally begotten of the Father,

For us and for our salvation

he came down from heaven,

was incarnate of the Holy Spirit and the Virgin Mary

For our sake he was crucified under Pontius Pilate;

he suffered death and was buried.

On the third day he rose again

in accordance with the Scriptures”

So you see it’s not a new idea or a 21st Century challenge that people believe inaccurate things about Jesus.  Many people believe in His own day believed that Jesus was a good moral example but NOT the son of God.  Muslims believe that Jesus was a prophet a good man, but that he did not die on the cross.  So why does John make such a fuss about Jesus coming in human form?   why does it matter?”  Why would John get so hot and bothered about this idea of Jesus’ humanity that he would tell people not to associate with false teachers when it came to Jesus and the affirmation of His full humanity?

Hebrews 4:15 says that Jesus is able to “sympathize with our weaknesses, because He has been tempted in every way, just as we are—yet was without sin. 16Let us then approach the throne of grace with confidence, so that we may receive mercy and find grace to help us in our time of need.”  God cared enough about you and your situation to send Jesus in physical form He experienced all of the emotional, physical limitations you and I experience.  He knows what you are going through and He can relate to you very personally.

Hebrews 2:14-16 says it this way: “Because God’s children are human beings—made of flesh and blood—the Son also became flesh and blood. For only as a human being could he die, and only by dying could he break the power of the devil, who had the power of death. 15 Only in this way could he set free all who have lived their lives as slaves to the fear of dying.”  The Scripture teaches that when God raised Jesus’ physical body from the dead He was demonstrating His authority over all things including death itself.  And the clear implication is that you and I do not have to be afraid of dying.  Because if you trust Christ and what He did for us, that too will be your reality – the fear of physical death disappears in the face of Gods incredible plan for the redemption & renewal of all things.

There’s more reasons why it matters that Jesus’ was fully God AND fully human but there’s one that is more philosophical and contemporary, which will lead us to our guest sharing with us this morning.  And that is that Jesus’ appearance in physical form…

You might say “oh, people don’t believe that garbage do they?”  Are you sure?  Some evangelicals run around acting as if the only thing God cares about is disembodied souls and not real people.  Al Thiessen, who is our moderator here at JRCC, is fond of saying that

The implications of NOT believing that Jesus came as fully human are very significant because if He isn’t fully human, then perhaps other people are not as well.  In some cultures, deception and dualistic thinking is alive and well.  I want you to watch this brief interview from this past week on PBS news.  What I want us to see here this morning is that if we don’t think correctly, we won’t act correctly.  (Parental warning: mature discussion content)

I want to introduce to you a very brave woman.  Her name is Vicky Ntetema and just this past week, in New York and then in LA, she was awarded the Courage in Journalism award by The International Women's Media Foundation for her reports which exposed the grizzly witchcraft related slaughters of people with albinism in Tanzania.  Vicki is the former bureau chief for the BBC in Tanzania and she now works with Under the Same Sun as the Executive Director of Media.  Let’s welcome her to JRCC

End gathering with Prayer for Vicki.

How do you know what is true? Movies like 'Inception' demonstrate that its possible to be deceived and not to even be aware of it. Today we explore 2 John and the truth about Jesus' humanity. Also featured is an interview with special guest Vicky Ntetema of Under the Same Sun Tanzania. 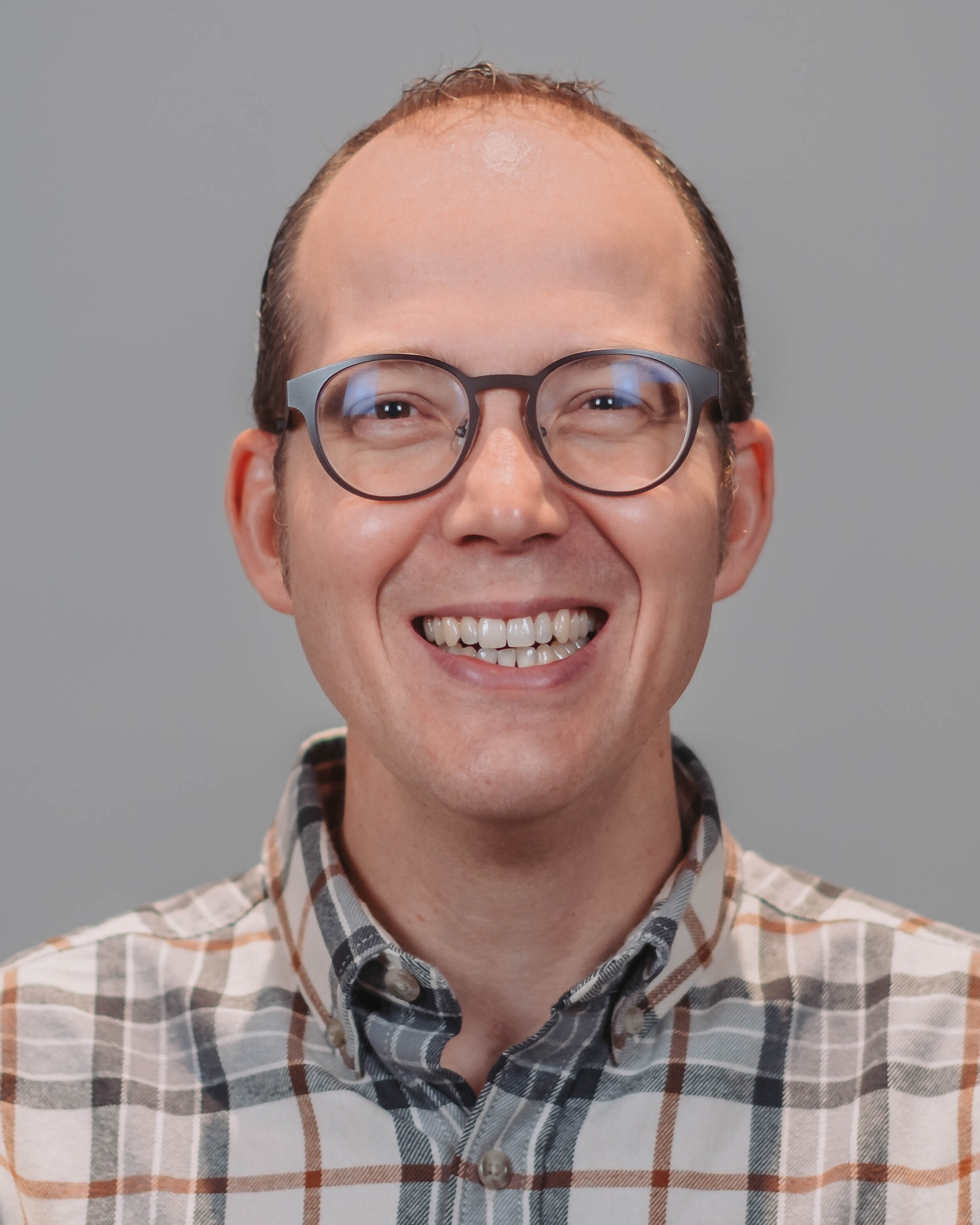